(Editor’s Note: The following post coincides with our Fall 2012 Buenos Aires term, when we visited the Estancia La Candelaria to learn more about gaucho life past and present).

In the Americas, few professions are romanticized quite like that of the cowboy. Images of rugged men dashing about on broncos have earned a place in both North and South American history, the hardships of their chosen lifestyle masked by the allure of wide open skies and days full of adventure.

While the North American cowboy of the 19th century operated in generally organized and regulated ways, the Argentinean equivalent, known as gauchos, got their start hunting down escaped livestock and wild horses around the capital city of Buenos Aires. This fertile lowland area known as the Pampas would eventually become home to the gaucho, who vastly preferred the life of a lawless nomad to that of a city dweller.

Over time, a distinct gaucho culture began to flourish on the Pampas. A gaucho attire came to include loose fitting trousers (a necessity given their intrinsic relationship with the horse. Many gauchos are said to have walked bow-legged due to their lack of walking), a large knife known as a faton (which they used frequently and often violently), a leather whip, a heavy woolen poncho, and a signature hat known as a boina, which loosely resembles the French beret. 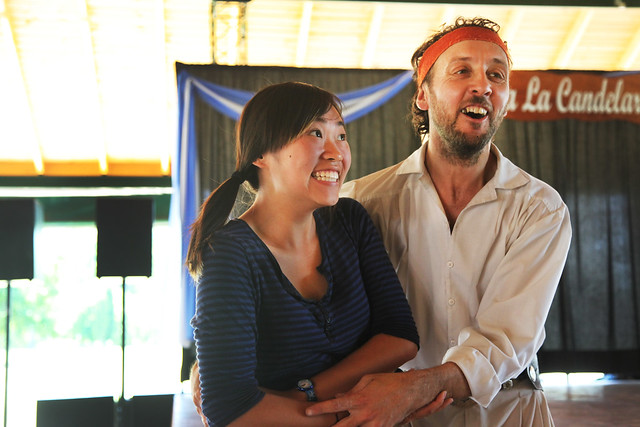 The legend of the gaucho grew exponentially during the Argentine War of Independence. Bearing striking similarities to the American soldiers who fought during their Revolutionary War, the gaucho were able to use their intimate knowledge of the terrain to their advantage, and their involvement played a large part in Argentina’s independence from Spain. Epic poems began to pop up championing the gaucho’s heroics, including José Hernández’s 2,316 line Martín Fierro, to this day considered one of Latin America’s finest pieces of literature.

Following the war, the gaucho began commercial cattle herding as it found its way onto the Pampas, their prowess on the horse making them a perfect candidate for the job. This work was partially born out of necessity, as their vagabond lifestyle became restricted by the large, controlled estancieros that they began working on. 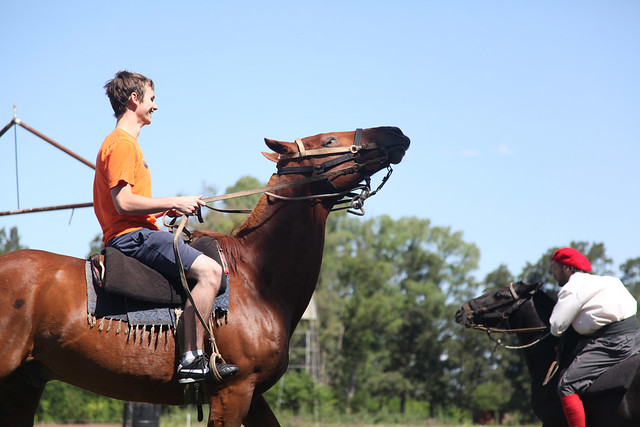 Leaping forward to the present, it is on these estates where you are likely to find the gaucho nowadays. During our term in Argentina, we did just that by spending a day on the outskirts of Buenos Aires at the Estancia La Candelaria – a 19th century retreat where the gaucho’s impressive horseback skills, gentlemanship and fleet-footed dance known as the malambo were all put on display. It was inspiring to see these traditions still being honored after so much time, and they helped contribute to what 9th grader Cameron referred to as, “her favorite weXplore trip so far.”

Along with the aforementioned Cameron and students Melissa and Linhan, Global Studies teacher Nick Martino takes a closer look at the gaucho’s colorful history and customs in our video, “The Argentine Gaucho.”