If you don’t know who Lucy Alibar is yet, you should. Not because she wrote the extraordinarily imaginative and moving film, Beasts of the Southern Wild. Not because her film was nominated for four Academy Awards, and not because director Benh Zeiltin turns a rural Louisiana fishing marina into a place where anyone feels instantly at home.

You should know who Lucy Alibar is because she represents a new generation of creative. While standing in front of THINK Global School, her humble discussion brought most to tears, as did her film. Lucy took us all on a visceral journey while patiently recollecting her tough-love relationship with her father throughout illness, bringing us straight back to the film where squalor meets magic and childhood meets fierce realities. Lucy described her struggle while coming to terms with the fact “Everybody’s daddy dies,” and managed to express this central ache through journal writing, which later metamorphosed from journal, to play, to powerful screenplay, Beasts of the Southern Wild. 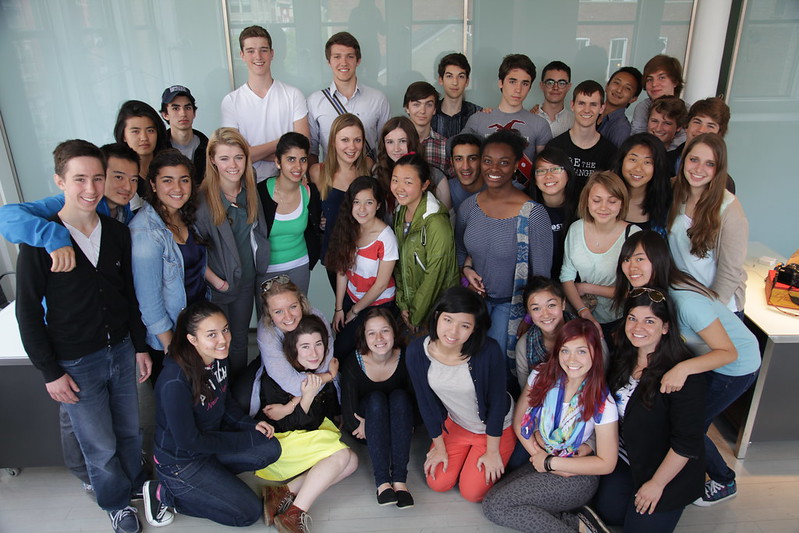 Lucy stood in front of us, not as a celebrated screenwriter, but as a real human who felt inspired to share a piece of her life with the world through words and expression. She didn’t brag about her accomplishments or try to sell us on her current projects; instead she talked us through her trials and errors while writing, her biggest regrets and incredible hurdles which eventually led to the creation of Beasts of the Southern Wild with 100 of her best friends. She represents a new generation of creative and a promise for future truths to be explored through her work.