The following reflection by Nick Martino is part of a series of blog posts written by THINK Global School faculty members to showcase their thoughts and experiences from a recent weXplore trip to Washington D.C. To view the entire conversation, visit us on Spot.

IN OUR MOST recent weXplore trip to Washington D.C. the students and teachers of THINK Global School explored many aspects of the core values and culture of the United States. I chose to look deeply at the American ideal of freedom. 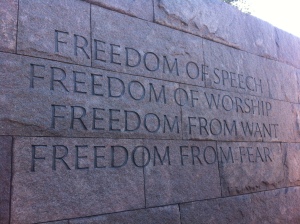 The mantra encircling the dome of Thomas Jefferson’s Memorial reads:

“I have sworn upon the altar of God eternal hostility against every form of tyranny over the mind of man.”

Jefferson’s mantra along with countless other events and opportunites helped to fuel the fire in my quest for understanding freedom.

Through this trip, I experienced a paradigm shift in my own personal understanding of freedom. I came in with a very cynical view of American freedom, questioning its availability in a world dominated by the wealthy. After re-reading the First Amendment to the United States Constitution at the Newseum, I realized how myopic my lens was. Freedom does not mean equality. Freedom is a vehicle to attain equality. Having the ability to speak freely, write freely, and meet with people who have similar opinions is a basis for how humans anywhere in the world can use freedom to attain equality. My understanding was not changed by a re-reading of the First Amendment, but by a coalescing of ideas and theories learned in the Holocaust Museum, and listening to amazing lectures and discussions with the Shah Reza Pahlavi and Greg Simon.

In a truly inspiring lecture, Greg Simon discussed the importance of questioning. He said, “The best questions do not get answered they lead to deeper questions.” This idea and the power of Greg’s words brought me back to my freshman year of college, where I discovered the Socratic Method of learning in my intro to philosophy class at the University of Mary Washington. It was at UMW that I first studied the great president, John Fitzgerald Kennedy. 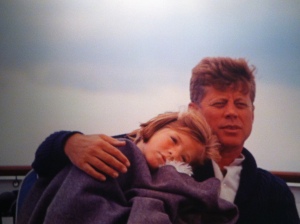 No trip to our Nation’s Capital would be complete without a visit to the Arlington National Cemetery, and it was here where I found a window to share JFK’s efforts to preserve Thomas Jefferson’s ideal of freedom. I led a short discussion and lecture at the eternal flame, JFK’s gravesite, to share some of his powerful words. In 1961 at his inaugural address, Kennedy said, “My fellow citizens of the world: ask not what America will do for you, but what together we can do for the freedom of man.” We repeatedly share with the students of TGS these ideals, and that it is up to us to preserve freedom and equality for future generations.

This concept was reinforced by the currently displaced Shah Reza Pahlavi. The Shah’s father was ousted by the Ayatollah Khomeini in 1979, and after his father’s death, Reza Pahlavi became the rightful heir to the throne. He spoke at length about freedom and how to throw off the yoke of oppression. He explained that the ability of  human beings to seek dignity, opportunity and justice is a universal trait. The Shah explains that the only way to obtain these is through education and communication which eventually leads to empowerment.

Once again the students and I were brought back to the concept and importance of freedom! 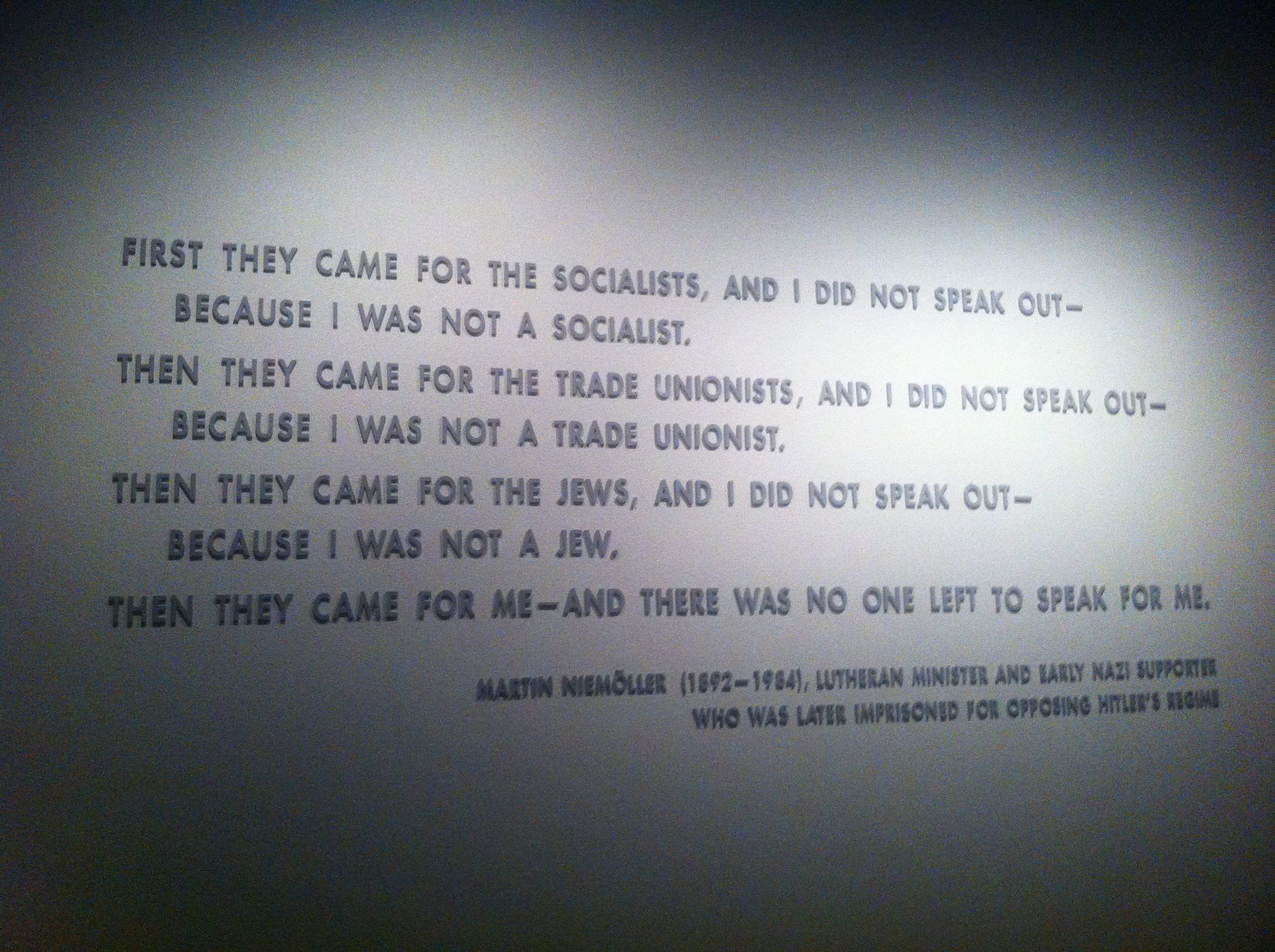 The ideal of freedom is a grand one, but it will never be fulfilled without action. Greg Simon, the Shah, the lessons learned from the Holocaust Museum and the Newseum all concluded with the importance of action. Greg Simon told the story of a friend who explained that headlines now are not much different from headlines during the Renaissance: wars, famine and corruption. While this may seem grim, all the amazing creations from that generation were made by 100 people behind the scenes. He exclaimed “Be The Renaissance ….” be the creators of the next great achievements and works of art despite the grim headlines that surround us. This concept was echoed simply by the Shah who urged our students to “Stand Up” and be active members of the world. Kennedy also spoke about answering this call to action when he said “In the long history of the world, only a few generations have been granted the role of defending freedom in its hour of maximum danger. I do not shrink from this responsibility–I welcome it. “

Lastly, the Shah spoke of the importance of having a plan in place to move forward. Not just changing the current system or problem, but having a new and better system in place to correct it.

Breaking something is easy, its the creation and building that is the hard part.