Getting out and about in Hyderabad 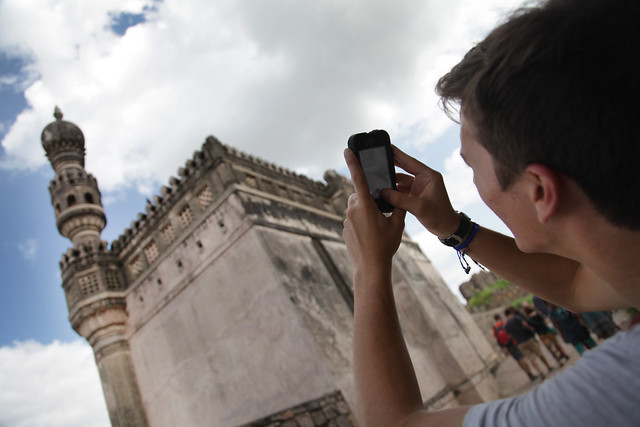 This past Saturday, after completing their first week of classes, our students and faculty put aside their laptops and books to take in their first weXplore excursion of the school year. The day trip had generated a lot of excitement throughout the week and featured a packed itinerary, including a visit to the Golconda Fort — an archaeological treasure that is currently being considered for inclusion as a UNESCO World Heritage site. With so many remarkable and distinct experiences available in Hyderabad, where did we choose to begin?

The day’s activities began just down the road from our host school at the Songs of Earth team-building resort. With many of the newer students still in the process of getting to know their fellow classmates, Songs of Earth’s outdoor physical activities provided them with a chance to improve their confidence and instill trust in one another. Students competed in archery, rock climbing, Burmese bridge crossings, and more over the course of the morning.

Next, we loaded up the buses and head to Shilparamam, an open air bazaar located in the midst of Hyderabad’s HITEC City. HITEC is notable for being home to the offices of major tech companies including Apple, Amazon, Google, Facebook, and Microsoft, and Shilparamam’s continued existence on such highly coveted real estate speaks volumes about its importance within the Hyderabad community. Spread over 65 acres of waterfalls, gardens, and rocks, Shilparamam features a massive selection of local goods from each region of India. Everything is on display, and our students and faculty took their time making their way through stalls filled with children’s toys, antique jewelry, handmade saris, and everything else that’s fit to be peddled. Popular with the female students were the many henna booths set up throughout the bazaar, and many adorned their hands and arms with the temporary dye. 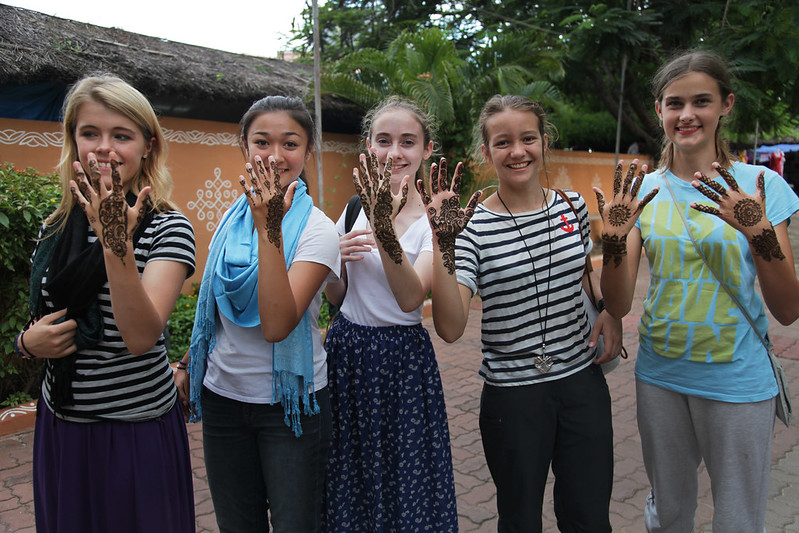 Quick sketch artists also lined the streets of Shilparamam, whipping out portraits with their charcoal pencils at a cost of 200 rupees each ($2.91). These proved popular with several of the accompanying faculty members, including Theory of Knowledge teacher Russell Cailey. 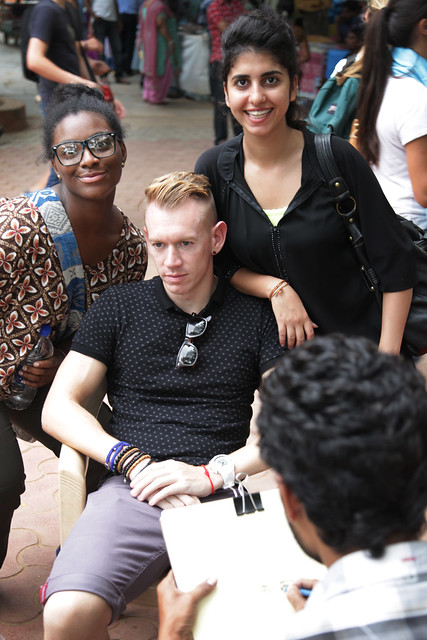 After wrapping up our purchases and bidding farewell to Shilparamam’s merchants, we journeyed seven miles outside of Hyderabad for the third portion of our day’s activities: a trip to the Golconda Fort. 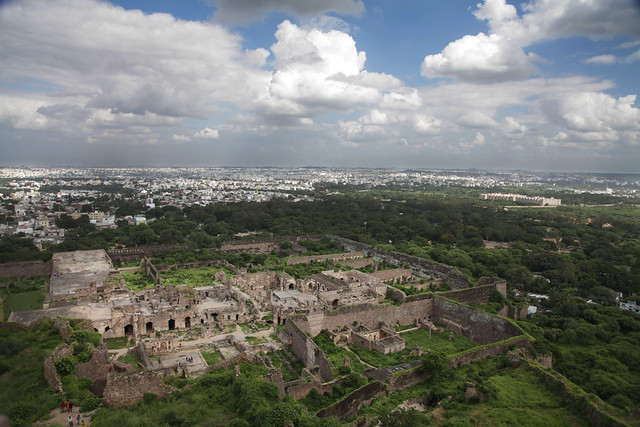 Construction on the immense and ruinous Golconda Fort began in the early 14th century, making it one of the oldest structures that we have visited since the school’s inception (the Great Wall of China has it beat by roughly 1,500 years). Construction really ramped up on the fort in the 17th and 18th century, when the Qutub Shahi kings ruled over their domain. Students toured the four separate forts that make up the defensive stronghold, taking in the cannons, drawbridges and reinforced buttresses that helped keep attackers out until 1687, when the Mughal emperor Aurangazeb conquered Golkonda (Golconda Fort sits on the ruined city of Golkonda), and reduced it to its current rubbled state.

One trait of the Golconda Fort that struck a chord with 10th grader Paul S. was the proximity of mosques and Hindi temples within the ruins to one another. Hyderabad has long maintained a Muslim identity due to the monarchy in place up until India’s independence in 1947. Although the ruling class were Muslim, the majority of Hyderabad’s population are and have been Hindu. Paul mentions in his blog on the day’s activities that his respect for Indian culture was elevated by the fact that the temples and mosques were able to coexist within the fort, an obvious sign of respect for each other’s beliefs.

The fort’s very clever use of acoustics, especially given the day and age, also proved popular with students. Hand claps at the entry gate can clearly be heard at the fort’s highest point, ‘Bala Hissar,’ a kilometer away. This acted as an alarm and helped warn of impending attacks. Everyone also had the opportunity to stretch their legs on the steep stairs running throughout the fort and enjoy the views of Hyderabad from its highest point. 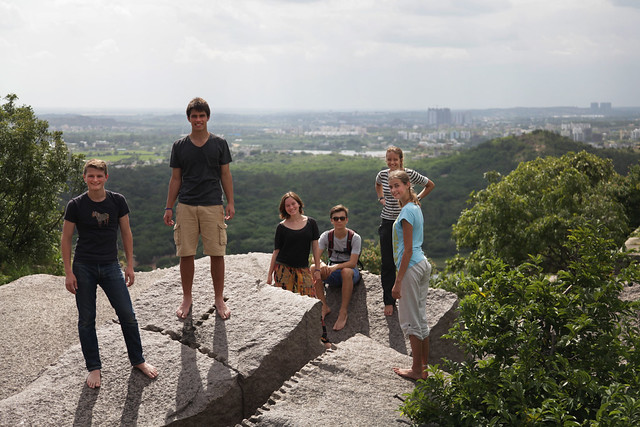 The evening was capped off at the fort with a popular sound and light show, which provides spectators with a hour-long narrated history of Golconda. The show provided everyone with the opportunity to sit and relax after the day’s steady flow of activity.

See more photos from our first weXplore trip of the 2013-14 school year: