Why study the Holocaust?

The following reflection by Russell Cailey is part of a series of blog posts written by THINK Global School faculty members to showcase their thoughts and experiences from a recent weXplore trip to Washington D.C. To view the entire conversation, visit us on Spot.

“I would say, on the basis of having observe a thousand people in the experiment and having my own intuition shaped and informed by these experiments, that if a system of death camps were set up in the United States of the sort we had seen in Nazi Germany, one would find sufficient personnel for those camps in any medium-sized American town.”

How does one quantify an experience of such magnitude that it questions all faith in humanity? How does one gather up the scraps of hope after witnessing such misery? Should the youth of today see and witness such despair and violence in human history, or should it be placed in the basement, out of the way of youthful eyes? Does their witnessing of the events of the Holocaust serve any purpose?

Located on 100 Raoul Wallenberg Place the Washington D.C. Holocaust Museum is an amazing building, which puts on display the journey of the Jewish people from the election of Hitler in 1933 to their eventually liberation by allied forces in 1945. The museum is constructed as if you are entering a modern version of a 1930’s concentration camp and has information, research and artifacts not seen elsewhere.

The journey starts with the low level disruption to Jewish life by Hitler’s ‘brown shirts’ the SA, and shows the escalation of violence under the direction of the propaganda minister Josef Goebbels and the SS leader Heinrich Himmler (the SS replace the SA as a more professional and brutal organization after Hitler’s election). Two parts of the tour stayed with me personally hours after leaving, firstly the refurbished remains of one of the trains used to deport interned Jews and other victims to the Nazi concentration and extermination camps; and secondly three streams of video footage taken from American, British, and Russian forces as they liberated concentration camps as German soldiers retreated.

So why visit? How could confronting such human torture and imprisonment aid students’ educational experience? This question can be answered by the great Spanish philosopher George Santayana, who said in The Life of Reason (5 volumes, 1905-6): “Those who cannot remember the past are condemned to repeat it.” One would think that any level of knowledge on The Holocaust would inspire a desperate need from citizens and politicians alike to avoid such brutality. However history shows us that since The Holocaust, brutality towards other human-beings has not curbed, the former Yugoslavia and Rwanda indicates very clearly that we are still able to do terrible things to each other. The value of the experience was made even clearer by Jacqueline Mendels Birn (who can be reached at the Office of Survivor Affairs) who talked of the life of a young Jewish girl being hunted down by Nazi forces in war-torn France, during her speech one could not fail to ask “why”? As the historian Niall Ferguson claimed in an interview with the Guardian Newspaper why in an age that was characterized by such economic and scientific progress, “could human society be so astonishingly bloodthirsty? One in every 22 deaths in the 20th century was violent.” 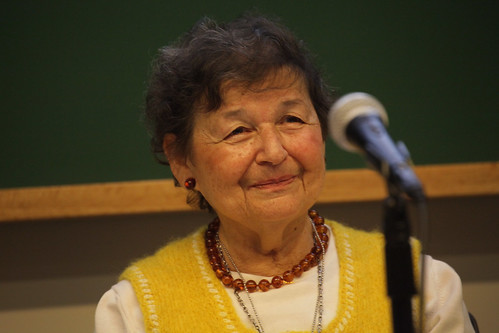 The lessons learned from the experience of the Holocaust Museum was that such brutality went further than explanations competing political or religious ideologies like Islam, Christianity, capitalism and Marxism offer. They have co-existed for years without provoking the violence seen through much of the twentieth century. What is interesting to historians such as Ferguson is what pushes ideologies such as National Socialism into violence? Research showed that the worst violence occurred in unhomogenized, multi-ethnic society; economic volatility and an empire in decline. When many people face economic uncertainty such as in 1930s Germany (with the old order collapsing of the Weimar Republic), according to Ferguson, “all bets are off, and you have a recipe for warfare.” The importance of the Holocaust (and the ethnic cleansing in the Balkans) was that it rewrote the racial map of Europe. Can we learn where the next geographical location of such violence will be by studying ‘The Final Solution’ and Nazism?

The motivation and framework for such behavior was demonstrated by Stanley Milgram and later by social psychologist Philip Zimbardo in the ‘Stanford Prison Experiment’. Milgram would later comment after witnessing the harm his subjects exacted on each other that, “only in action can you fully realize the forces operative in social behavior.” The Holocaust museum is certainly a demonstration on how with “numbing regularity good people were seen to knuckle under the demands of authority and perform actions that were callous and severe. Men who are in everyday life responsible and decent were seduced by the trappings of authority, by the control of their perceptions, and by the uncritical acceptance of the experimenters definition of the situation, into performing harsh acts (Migram, 1973).” Therefore, Milgram is basically stating that the Holocaust could happen anywhere! Hard hitting emotional experiences such as this, serve to remind of our limitations and failures as a species, it highlights the horrors of the past, and through these horrors we can say, “never again.”

Is all hope lost? Can anything positive be taken from this experience? Milgram continued to claim, “it may be that we are puppets, puppets controlled by the strings of society, but at least we are puppets with perception, with awareness, and perhaps our awareness is the first step to our liberation.” Students can take from this disturbing experience and realization of their dramatic potential; this museum clearly demonstrated the dangers of remaining silent, and what happens when authority stands unquestioned and unchallenged. The students at THINK Global School now have a visual stimulus on what happens without checks on power and authority, and that is without doubt crucial in their academic development or as people in a democratic framework.

TGS students were then asked to connect their experience of the Holocaust Museum with their own personal links to democracy and playing an active role in society. The lecture held by Greg Simon, formerly Al Gore’s chief of domestic policy, expanded on the idea that students need to be actively engaged in the world around them, but without getting ahead of themselves. Students need to be active in the setting they currently occupy, whether that is a school, university or latterly a place of work, make the change in your current setting and one thing will lead to another. Simon stated, “the front page doesn’t define an era, the ‘creatives’ of that era do”. Creative forces like so many of the characters iconized around Washington D. C. are what is remembered. Students such as those attending TGS can be the renaissance behind the front pages today.

By making positive changes to the world around us and by holding our community and national leaders to account, maybe we can do our small part in reducing the human suffering on display at the Washington Holocaust Museum.